“Rosta” Holding Co. LTD today is a strong, modern team, which can hold stable positions in the market and constantly developing. Our success is based on high quality standards, reliable connections with partners and attention to new ideas.

Within 18 years we had combined serious and successful experience of trading companies in various areas of the agricultural sector and had created a highly developed logistics’ infrastructure. Since 2015 we had launched four efficient production enterprises. 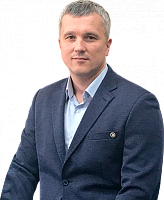 It is important for us that our partners succeed together with us. We always focus on long-term relationships. Trust and mutual success are the goal of our work with every client!

Revenue of the group companies

The development of Holding CO. “Rosta ”

Trading feed components was launched as a new activity: started sales of soybean and sunflowers oil-cakes and meals, seed-oils for feed, full-fat soybeans, fishmeal and others.
Seed-oil plant "Elmira" at Novoaltaisk city was included in the Holding Co. and then re-named to "Siberia" Trading and Production LLC.
Producing of hematogen and confectionary fillers was launched in Novosibirsk city - "Myasnoy Kray" ("Meat Land" LLC);